Pride Milling Involved In Every Step of GMO-Free Products’ Journey

In 2017, Pride Milling launched its GMO-Free range, making it one of the first truly GMO-Free maize ranges available on the South African shelves.

We have been in the maize milling business since 2001 and our classic maize range has  been available on the shelves of most major retailers since then. However, the question of GMO vs. GMO-Free has come up more and more in consumer conversations in recent years, and even though the jury is still out, we wanted to empower consumers to make an informed decision and choose whichever product – genetically modified or not – they prefer.

Independently audited for your peace of mind

In an effort to be transparent and ensure that our GMO-Free products are what they claim to be, we submit our production processes to rigorous auditing by an independent third-party auditor.

Our mills are certified to produce GMO-Free products. As part of our dedication to ensure the product status as GMO-Free, we are involved in every step of the process, from which seeds are planted to how the product is harvested, transported, stored, milled and packed.

Our in-depth processes have made us one of the first millers in South Africa to manufacture truly GMO-Free maize products. This is how we do it:

Ever wondered what GMO-Free means?

There are still many misconceptions about genetically modified food and their GMO-free counterparts. A genetically modified organism (GMO) is any organism, for example a maize plant, whose genetic material has been altered using genetic engineering techniques. The result is a maize plant that has traits that can only be created in a lab and would not have occurred naturally (by cross-pollination and/or natural recombination).

Some of the benefits of GMO crops include crop protection through the introduction of resistance against plant diseases caused by insects or viruses, or through increased tolerance towards herbicides. Genetically modified crops are more cost-effective to produce because it can deliver larger harvests using less of the earth and the farmer’s resources. GM foods have the potential to address what many experts deem a world food crisis.

However, many consumers are concerned about the health implications of seeds that have ‘foreign’ genetic material built into it, including concerns about allergies and contamination between genetically modified crops intended for animal use ending up in food for human consumption.

The World Health Organisation explains that “different GM organisms include different genes inserted in different ways. This means that individual GM foods and their safety should be assessed on a case-by-case basis and that it is not possible to make general statements on the safety of all GM foods” and that “GM foods currently available on the international market have passed safety assessments and are not likely to present risks for human health.” 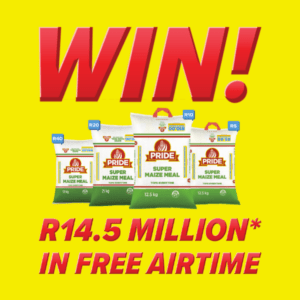 How to find and redeem your guaranteed #PrideFreeAirtime 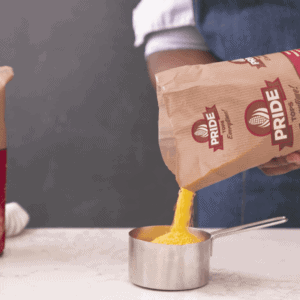 Pride GMO-Free is made with ingredients you can trust 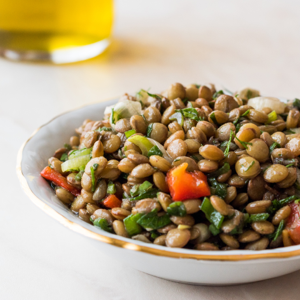 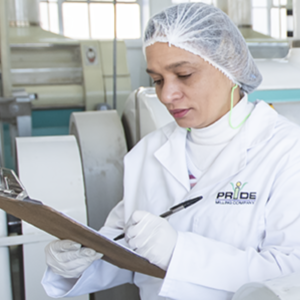